So, you want to be a blogger eh? I can’t blame you and with the amazing stories you have heard about this job, you probably can’t wait to get your turn!

When you ask “What do you do for a living?” and when someone says they work as a “Blogger” a number of raise eyebrows are thrown in their way! Like, what does that even mean? Is it really a job? Are you really getting paid for it? While being a blogger doesn’t sound like a real job, believe me, there are plenty of people out there who became successful at this.

Blogging is also one of the easiest ways to sell; which is also the reason why the people who embraced this work became successful at it.

Many people in the affiliate marketing field are also bloggers, so to inspire you we’ve put together profiles of 5 amazing bloggers come businesspeople that we admire: 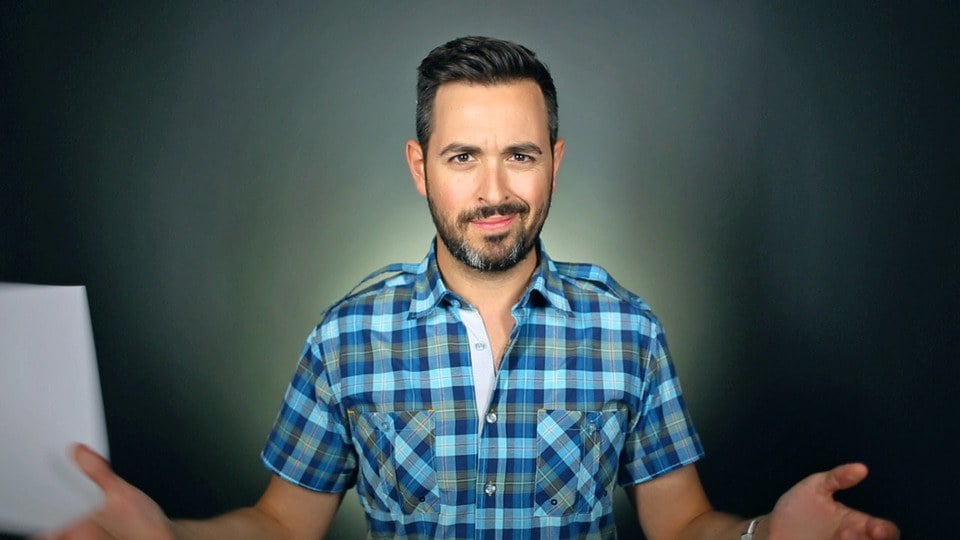 You have probably heard of Rand Fishkin even though you aren’t into affiliate marketing. This is because he is one of the pioneers in SEO and although he is one of the outstanding names in the affiliate market, he started out as a college dropout who began writing about Search Engine Optimization in 2004. He was born on the in Flemington, New Jersey but grew up in Seattle, Washington. In 2000, Fishkin dropped out of the University of Washington when he decided to work for his mother’s small business that catered to web designing and marketing. By 2004 he established the SEOmoz blog that eventually spawned to become one of the most prominent communities in terms of marketers.

By 2007, Mr. Fishkin became the Chief Executive Officer of the SEOmoz, Inc (now known simply as Moz). The software company he created with his mother then is now one of the biggest names online. That same year, he proposed and married his longtime girlfriend, Geraldine DeRuiter in 2008. Forward to 6 years later, Rand was able to expand his company that started with 7 employees to 134 and counting. In 2013, SEOmoz was rebranded and named Moz which focused on marketing software. The following year later, Rand promoted COO Sarah Bird to take his place as he dealt with some personal issues. He became an individual contributor to the company while keeping his title as the Wizard of Moz and Chairman of the Board of Directors. Besides Moz, Fishkin is also the co-founder of Inbound.org which is a site that is devoted to sharing marketing articles all over the web with Dharmesh Shah but the site was then sold in 2014 to Hubspot. Rand became well-known for his Whiteboard Friday series and is often invited as keynote speaker at numerous marketing seminars and conferences. He previously contributed to two books namely Art of SEO and Inbound Marketing & SEO. He also became involved as Minted’s board of directors. He and his wife also invested in Techstars Seattle in 2015.

You can also read about him Seatte Times where he has been profiled. He was also featured in Puget Sound Business Journal’s 40 Under 40, BusinessWeek’s 30 Under 30, as well as other publications. However among the publications he has been featured in, he is pretty proud of his honor in the Everywhereist blog. When he is not working, Fishkin enjoys traveling, NFL football, beer, scotch, food, science, surfing online and of course, Adventure Time. 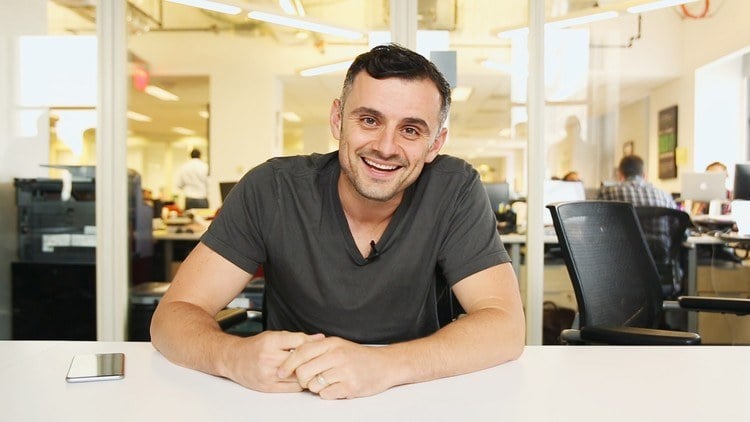 Gary is a well-known public speaker in events like SXSW and Le Web which can be viewed his YouTube channel. He was also featured in Crain’s 40 Under 40 list as well as Fortune in the last couple of years. Not only that, Gary has been profiled for the New York Times and other business magazines. This successful entrepreneur was actually born in a place called Babrusk, Belarus which was in the former Union of Soviet Socialist Republics. His parents were among the lucky ones to made their way into the United States through an exchange program where the Soviet Jews were given the chance to migrate to America in exchange of food aid. They eventually landed in New York and their family shared a small apartment in Queens, NY. His father worked in a liquor store which was owned by one of their relatives in New Jersey. They eventually moved and settled in New Jersey as well.

Vaynerchuk’s entrepreneurial skills began at an early age when he started ripping flowers off the yards of his neighbors. Gifted with natural charms, he began selling them and eventually leveled up to selling lemonades around his neighborhood. He managed to sell them in different locations where he collected his profits while riding a big-wheel. By the time he was in his teenage years, he began dealing with baseball cards where he developed his stinging selling tactics. There he was able to earn about a thousand per week. However this was put to a halt when his father placed him in their family business at the age of 14 which kind of made him unhappy at first.

After graduating from college, he took over the family wine business and turned it into millions of dollars’ worth within just 5 years. From a $3 million wine store, he was able to develop it into a $60 million worth of business! Today he is the outstanding owner of the VaynerMedia which is also known as one of the finest online agencies. Besides his own company, he is also an investor and venture capitalist in various companies including Facebook, Uber, Tumblr, Twitter and a whole lot more before he finally co-founded VaynerRSE. Gary is also hosting the #AskGaryVee Show which tackles topics regarding business startups, social media as well as family businesses while giving advices to his audience. All of his shows are available in Stitcher, SoundCloud as well as iTunes if you are interested to listen to him speak and you can also check his website out for more at GaryVaynerChuk.com. Hailed as one of the most influential bloggers in the digital market, Patrick Flynn started working on this business after he lost his job a few years back. He worked on his Smart Passive Income in 2008 with the goal of sharing strategies on how he made his online business grow. According to Flynn, he began writing his thoughts on preparing for a LEED exam, otherwise known as architectural exams. He then turned his notes into an eBook after it gained traffic and sold about $8,000 on its first month. It was also in the same year when he first released GreenExpertAcademy.com where he wrote about products. After his successful ebook sales, Flynn officially opened his Smart Passive Income blog or also known as SmartPassiveIncome.com. The site helps him track different websites while keeping up with his other projects. He received his first 6-digit income a year later.

Today he is currently running a regular podcast show for all his audience and readers. Over the last months, Pat’s income is estimated to be around $120,000 dollars each month, thanks to his dedication and hard work. On his free time, Pat enjoys being with his wife, April and children Keoni and Kailani. He also adores his dog Gizmo. He also enjoys music, reading books, playing basketball and StarWars Battlefront. 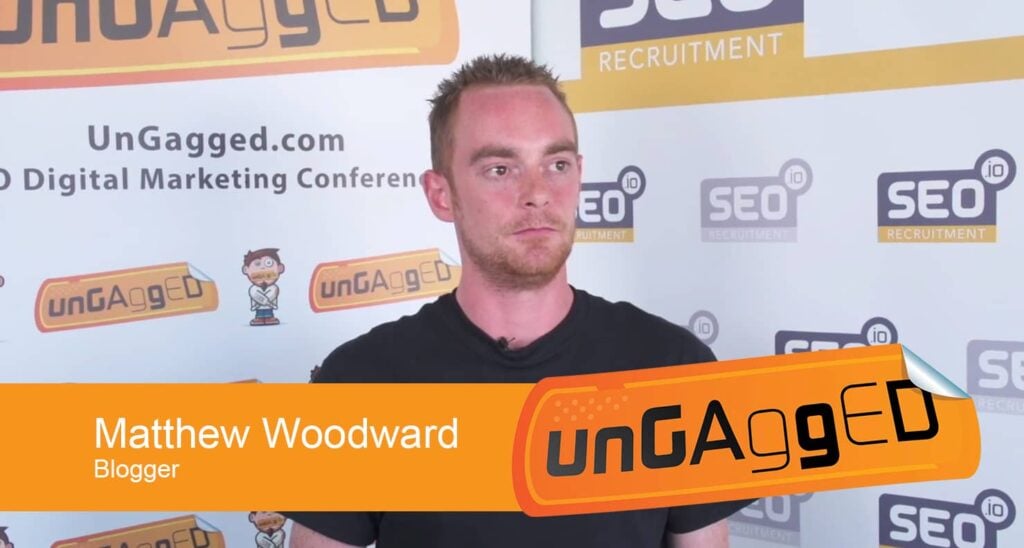 Matt is a 28 year old marketing blogger who has earned numerous awards for his work. Mr. Woodward’s career began when he was 13 years after writing gaming reviews for NintendoPhiles. He eventually developed his interest in writing that he created his first website community for competitive gaming that allowed other gamers to share short clips and demos showcasing their best actions. In 2003 he became the first person to do a 360 no scope on a FPS game that when he released his video, it eventually gained a lot of fans.

Years later he became the head for online marketing in Europe for some of the country’s largest distributors of products online. Among his clients included Asda, Samsung, Tesco and even Motorola. While he was successful at campaigning for these companies, he found it to be slow and was falling behind the ever changing pace of the web. He decided to change paths three years ago when he started working for himself. This allowed him to expand and develop his skills. He was eventually able to launch 40 websites under his belt. He later embraced SEO and became entirely interested with it. With constant testing and experimentation, Woodward became one of the experts of web trafficking.

Today he is one of the names you can trust in SEO & affiliate marketing. His blog talks about his experiences as an affiliate marketer and provides people with excellent tutorials as well as advice to those who are in need of his expertise. His income is estimated to be around $800,000 as of October 2016. 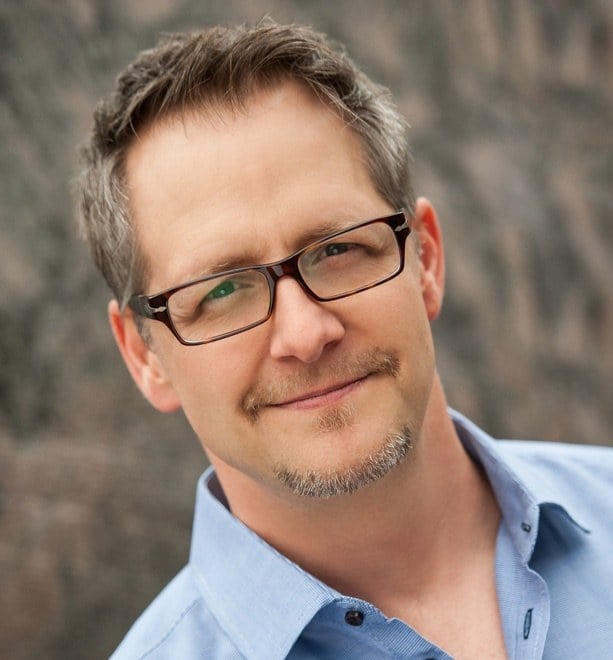 If you heard of Copyblogger then you probably heard of Brian Clark’s name. His work began as early as 1998 and by 1999, Clark achieved his first success in online business, all thanks to content marketing. He later on launched two more online businesses with the help of online marketing and tools.

In 2006, Clark founded the Copyblogger which started as a blog in 2006. His site aims in helping people like him to become exceptional copywriters and overall content experts. After his success, he launched his Copyblogger Media which helped propel various spinoff companies. Among these companies included Synthesis, Scribe, Premise and StudioPress.

Today, Brian is still actively involved in running the Copyblogger and contributes to his other projects which include giving strategies and advice to consultants, coaches, freelancers and people who are generally interested in his line of work. It has also been reported that Clark made 8 figures in their yearly revenues without even advertising making them one of the finest stimulants of the content marketing industry.

So there you go, five of the leading names in the online business world that you can follow! If you are interested in being one of these successful leaders then the key is to start now. It’s not too late for you, it just takes a lot of patience and eagerness to learn.